Kim Kardashian looked stunning during her night out in Los Angeles, donning a pair of black leather pants and a red peekaboo top. But her wedding ring was completely amiss!
Kim Kardashian can make any trend work, and on Wednesday night she showed off a sassy style. The Keeping Up With The Kardashians star, 40, was spotted out in Los Angeles wearing a red peekaboo top with a plunging neckline and a pair of black leather pants. Kim looked absolutely gorgeous, and the outfit was so stunning, she hardly needed any accessories. Though there was one piece of jewelry that was noticeably missing. You can see the picture here!
The SKIMS mogul seemingly stepped out without wearing her wedding band. Kim appeared, however, to forgo any jewelry whatsoever; there wasn’t a hint of a necklace, earring, or otherwise. But just six days prior to her latest outing, Kim’s fans noticed that the stunner was rocking her delicate wedding band in a series of promotional images for the KKW Beauty Matte Honey collection.

Kim Kardashian seen leaving a friends house, wearing a cobalt blue sheer top and matching leather trousers on October 6, 2020 [Mega].Lately, though, it’s been a rarity to see Kim sporting her wedding band from husband Kanye West, as speculation continues to swirl around the high-profile couple’s marital status. But a source close to Kim already shared EXCLUSIVELY with HollywoodLife that if fans are looking at Kim’s wedding ring finger for a sign of trouble in her marriage, they may want to look elsewhere. “No one should be looking at her ring, whether she’s wearing it or not, as some sort of message,” the source revealed in early January.
“She often chooses to go without it for pictures because she likes a clean look,” the source explained further, adding, “when she’s home chilling out she doesn’t always wear it and that has been true for many years. It’s nothing new, people are just reading into everything.” Fans have been searching for any sign of how the couple is doing, ever since reports surfaced on January 5 that the pair was heading for a divorce. 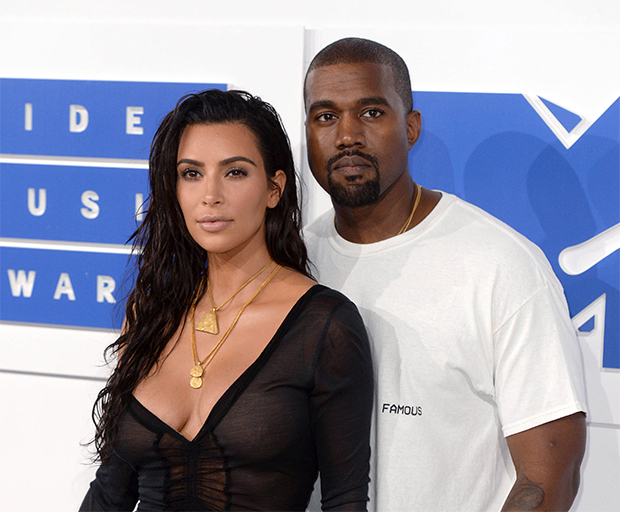 Kim Kardashian and Kanye West at The 2016 MTV Video Music Awards (VMAs) held on August 28, 2016 at Madison Square Garden in New York City [Mega].Despite the speculation, however, Kim is keeping her priorities in line and putting her focus on her four children — North, 7, Saint, 5, Chicago, 3, and Psalm, 1 — all of whom she shares with Kanye. Plus, Kim and her family are getting ready for the episodes of their long-running reality TV show to finally come to an end. Fans cannot wait to see what else they can learn about Kim’s family life in the forthcoming episodes!