Step right up to state fair-inspired ice cream from Jeni’s
One of the most beloved summer traditions that has been shut down by the coronavirus pandemic are state fairs, where crowds snack on gut-stuffing puffy clouds of cotton candy, saltwater taffy, butter-slathered corn on the cob and meat on a stick.
Jeni’s Splendid Ice Creams, which has made a name for itself with creative flavors such as Lemon & Blueberries Parfait and Caramel Pecan Sticky Buns, is introducing a fair-inspired ice cream collection that promises to transport consumers to the food booths that line the fairgrounds and conjure up childhood memories.

For the next month, Jeni’s is releasing a flavor every Thursday in its shops nationwide and online. The first is Watermelon Taffy, a flavor the company said was picked by state fair directors as their personal favorite. Jeni’s other flavors include Orange Blossom Chiffon and Atlantic Beach Pie.
“We love the energy, color, and flavor of a great state fair,” Jeni Britton Bauer, the founder of Jeni’s and a James Beard Award-winning cookbook author. “From a flavor, art, and design standpoint, we asked ourselves, if we were to hold our own state fair, what would we want it to be? What would it look like?”
As the pandemic has unfolded, consumers have flocked to many of the foods they grew up with. In tapping into flavors consumers loved as kids and the fond memories they had at state fairs, Jeni’s is bringing these flavors to consumers at the place they are spending more of their time: home.
The ice cream space is notoriously competitive. The global ice cream market was worth $57 billion in 2017 and is expected to grow to nearly $75 billion by 2024, according to data from Statista. Coca-Cola recently announced its Fairlife brand was getting into the segment. Existing brands are trying out new innovations, including Tipsy Scoop’s collaboration with Truly Hard Seltzer and Ben & Jerry’s adding sunflower butter as a dairy-free base,
But for ice cream makers that recently showed the ability to create novel flavors like Jeni’s, or reach an untapped market like better-for-you Halo Top, the red-hot segment has shown it can be susceptible to a disruptive chill.
— Christopher Doering

Coffee without the jitters
For millions of consumers, coffee is a vital beverage, providing the necessary boost to get going in the morning, a pick-me-up for later in the day and a flavorful drink to enjoy.
But coffee also has the tendency to cause jitters, making consumers feel shaky,  overstimulated and anxious. Two college students at University of California Berkeley, Ofek Arush and George Passantino, were experiencing them as they drank coffee to study for exams in 2018. They decided to go into business improving the beverage, and Quokka Brew was born.
Quokka Brew is a canned iced latte made with oat milk that says it will eliminate coffee jitters. Named after an Australian animal that is curious, fearless and always grinning, the company wrote on its blog that their coffee will make consumers feel the same way. According to the brand’s website, Quokka Brew is formulated with amino acids and nootropics that counteract the adrenaline and higher blood pressure that causes the jitters. However, the caffeine content is intact, so the coffee will still perk the consumer up.
“We eliminated these negative side effects, allowing us to completely reimagine how productive and sharp coffee can make us feel,” Arush said in a press release sent to Food Dive.
The brand launched on Indiegogo earlier this month. Quokka Brew was hoping to raise $15,000. It reached that within four hours, raising about $45,000 with three weeks left in its campaign. Arush told Food Dive in an email that Quokka Brew shattered fundraising records for the most money raised by a beverage on its first day on a crowdfunding platform.
It’s not surprising that a coffee drink has attracted so much attention. According to Statista, coffee is a $5.18 billion market in the United States. Nearly half of all adults between the ages of 18 and 24 drink it daily, and that proportion increases as consumers get older. Big Food has seen coffee as a lucrative product as well, with Nestlé paying $7.15 billion in 2018 to sell Starbucks branded products at grocery and convenience stores, and Coca-Cola buying European coffee behemoth Costa Coffee for $5.1 billion that same year.
As more people are looking for their daily caffeine fix, and research keeps showing coffee is not harmful to the body, innovative takes on coffee will continue to perk up both consumers and markets. And if Quokka Brew can deliver a smooth consumer experience and taste, it just might jolt the coffee segment even more.
— Megan Poinski 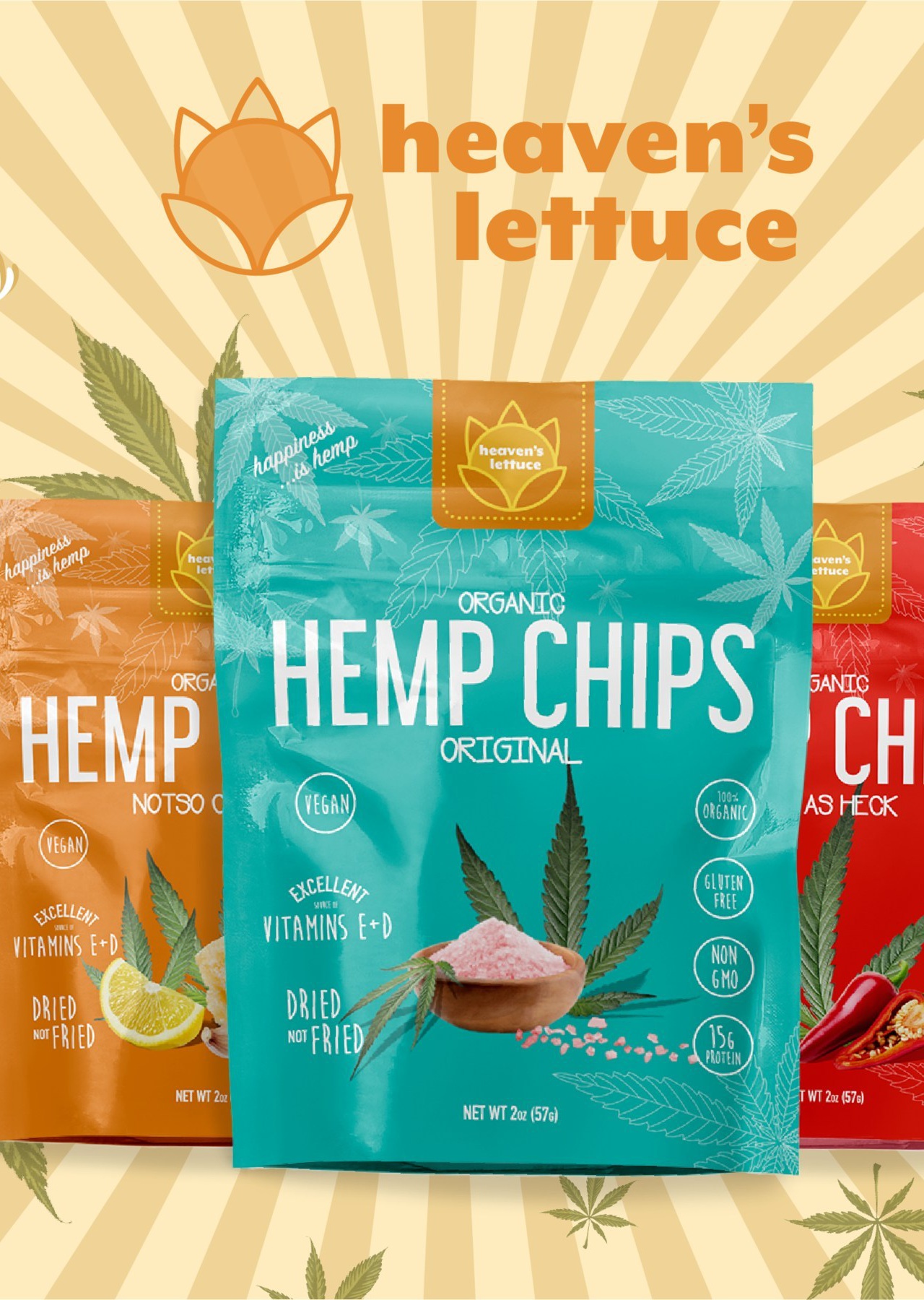 Will hemp chips be a hit?
Heaven’s Lettuce is hoping to convince consumers “happiness is hemp.”
The company just announced the launch of its Hemp Chips, which will be available to customers online in three flavors: Original, Notso Cheese and Hot as Heck.
The chips — which are organic, vegan, gluten-free and non-GMO — are made with hemp leaves, carrot, tomato, Himalayan pink salt, apple cider vinegar, rice koji, chickpeas, sea salt, koji spores, sesame butter, cassava flour and arrowroot flour. Each bag contains more than 15 grams of protein, which the company says is double the amount in typical kale chips.
In the release announcing the new product line, Heaven’s Lettuce touted the benefits of eating hemp leaves, which have magnesium, terpenes, chlorophyll, protein as well as vitamins A and C. Heaven’s Lettuce has a disclosure on its website telling consumers that the chips “will not get you high.”
“Most hemp food products use oil or seeds, and don’t really give you the benefits of eating the actual hemp leaves,” co-founder Gary Avetisyan said in the release. “But we intend Heaven’s Lettuce Hemp Chips to be the product that vindicates the hemp plant.”
Ever since the 2018 Farm Bill removed hemp and its derivatives from the controlled substances list, allowing the crop to be grown and distributed in most states, more food products with hemp have hit the market. Although CBD and THC are still federally illegal in food and beverage, the FDA said hemp seed, protein powder and seed oil can be legally marketed in human foods.
Even though the company is using the hemp leaves to help it stand out, it will have competition. Manitoba Harvest offers a variety of hemp snacks, including bars and granola, while Let There be Hemp and Fuzion Company both offer their own hemp chips.
—​ Lillianna Byington

Leftovers: Topo Chico twists on the tangerine; Tillamook shows vintage cheese is in