A duel in Ghost of TsushimaPhoto Credit: Sucker Punch/SonyDoing well in combat has other benefits too. Sakai gains “resolve” with every successful hit and kill, which in turn can be used to replenish your health or perform special moves. Not doing well in combat can create a vicious cycle of sorts, as you don’t have any resolve to regain health, and low health pushes you closer to defeat. For what it’s worth, Sakai can earn “charms” on Ghost of Tsushima that aid him during combat, with some giving him an advantage when he’s on low health. Charms are one of many collectibles — most are useful and help improve your character, while others are merely cosmetic upgrades — that you can discover in the game by way of completing a seemingly endless number of side-quests.In that regard, Ghost of Tsushima is guilty of too much padding. Sure, an open world game is expected to have side-quests and discoveries off the beaten track. Some do help enrich the narrative, as they deepen the life of supporting characters, with Sakai going on multiple missions with the same individual as part of an ongoing storyline. And if you help them with their problems, they might offer aid for major missions against the Mongols. But most of it feels like an attempt to extend game length. Tsushima Island has been divided into 56 chunks across three sections — Izuhara, Toyotama, and Kamiagata — which can be liberated. Some side-quests are unlocked by talking to a certain individual in a village, and others make you travel to several farmsteads across the island as just one of the tasks.You can’t completely ignore them either, as they help “grow your legend” and earn Sakai “technique points”, which are required to unlock new abilities and weapons such as chain assassinations and smoke bombs. And depending on how much you plan to tackle, Ghost of Tsushima can run up to 50 hours, according to Fox. That doesn’t mean there aren’t other pleasures to be had. Among our little joys is getting to pet foxes and compose haikus, a short poem made up of 17 syllables that originated in Japan. For haikus, Sakai must be at a meditation spot that are found by following a golden bird — or the guiding wind, after you unlock an ability. Once you arrive and sit down, you get to select from up to three choices for each line. (Haikus usually follow a syllable pattern of 5, 7, 5.) Golden birds and guiding wind help you discover and get to places on Ghost of Tsushima, as the in-game map is only available in the pause menu. 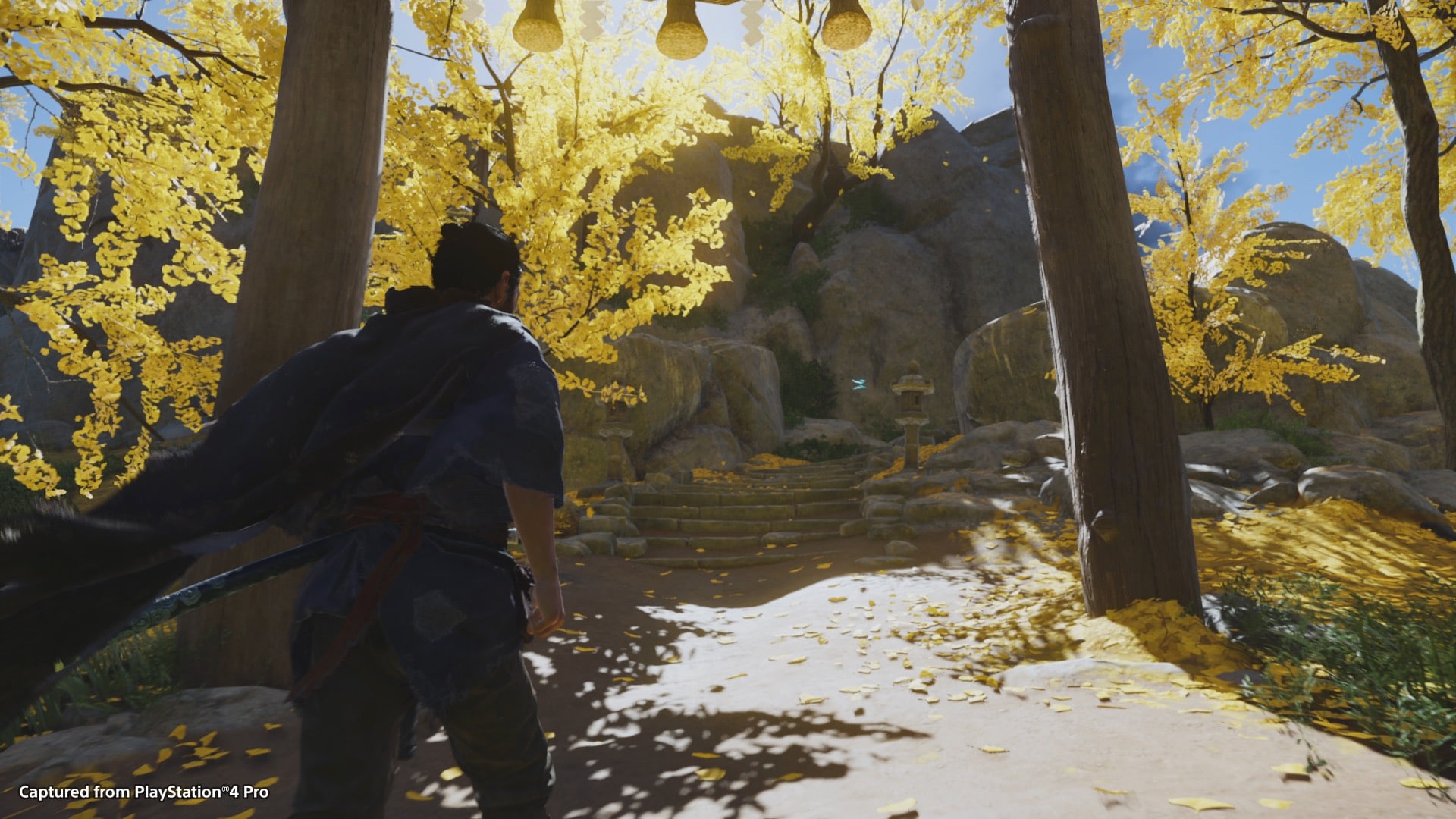 Jin Sakai in Ghost of TsushimaPhoto Credit: Sucker Punch/SonyMeandering around the gorgeous open world of Tsushima Island, with no destination in mind and accompanied by a calming soundtrack, has its charm too. The calmness was usually eclipsed by the sound of my PS4 though, which perhaps has been at its loudest while running Ghost of Tsushima. (You can also take it a sign of the PS4 being close to the end of its life cycle, which likely means a “remastered” re-release of the game for PS5.)By contrast, Ghost of Tsushima offers plenty of blood and gore too, as Sakai severs Mongol limbs and heads with ease. Both his playstyles — as an honourable samurai or a dishonourable ‘ghost’ — have their own fun. With the latter, you’ve to master sneaking around and not being spotted, which means more creativity, strategy, and using the lay of the land. The former is about mastering melee combat and duelling, which means more precision, on-the-fly thinking, and relying on Jin’s repertoire and abilities with a katana.But as for Sucker Punch’s ambition of creating a Kurosawa samurai movie you can play, Ghost of Tsushima falls a bit short. The narrative blocks and storytelling are too straightforward. To add to that, the side-quest bloat seeps the narrative of its pacing; to paraphrase another film director in Martin Scorsese, they are designed as variations on a finite number of templates.Pros:Cinematic flourishes Gorgeous environment Fantastic soundtrack Strives for authenticity Strategic, fun combatCons:Narrative, storytelling too classical No guilt after ‘dishonourable’ kills Too much paddingRating (out of 10): 8Ghost of Tsushima is out July 17 worldwide on PS4 and PS4 Pro. It costs Rs. 3,999 in India.